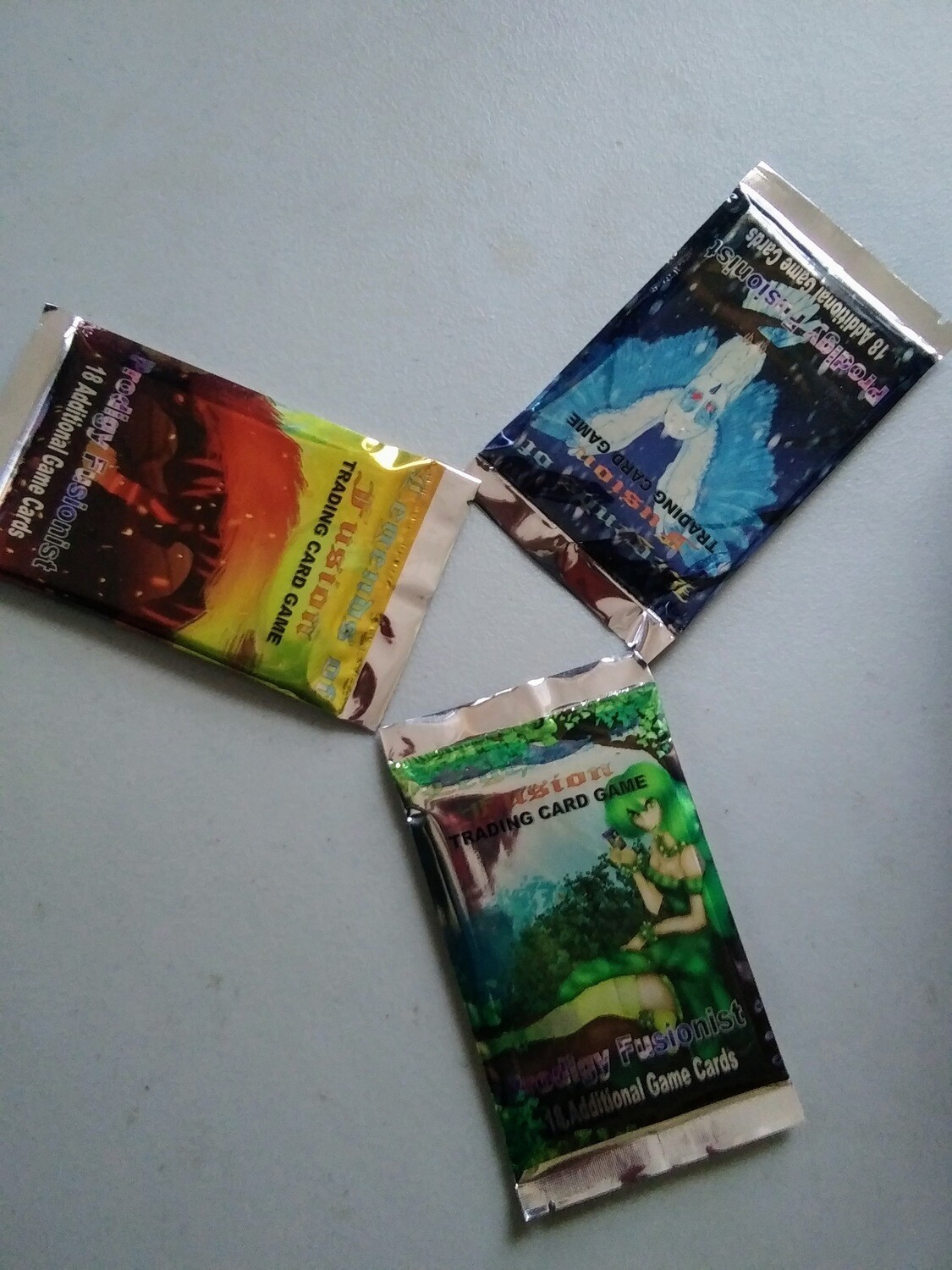 SKU 00005
$7.99
In stock
1
Product Details
You are a Fusionist in the new found planet of Balista. When Earth was struck down by a comet, it altered the creatures and beings on the planet to fuse with their zodiac element and celebrate their survival by throwing a contest called Legends of Fusion. As a Fusionist, you showcase your talents by fusing elements and beings together against your opponent to see if you have the makings of being a Legend in Legends of Fusion!